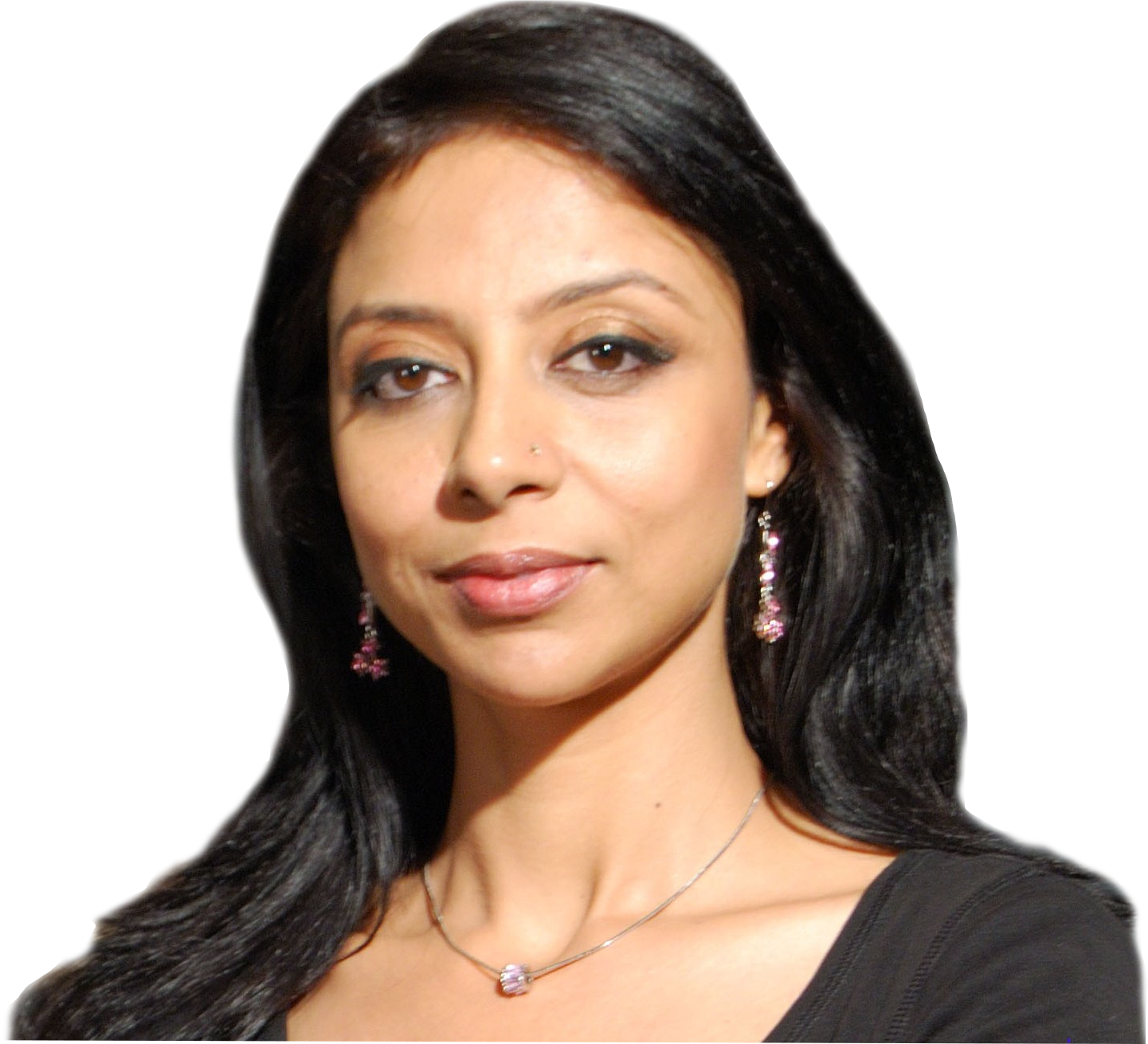 She is an independent filmmaker. Extremely prolific, she has directed two feature films, written five feature films, directed many documentary films and series, spanning an array of genres. Many of her films have won national and international awards. She also writes for various websites and magazines and has been featured in various books and other publications.
She is an activist for women’s rights and rights of other minorities. She has consistently used her films and influence to support the causes of ending violence against women and children.

Madhureeta Anand has consistently used her influence and films to advocate causes related to gender, sexuality and child rights. Her film Kajarya collaborated with 21 NGOs in India and abroad including Eve Ensler’s - One Billion Rising. The film has become a tool for activism and to provoke discussion. The film is being screened across India’s villages and small towns by the partner NGOs.
Madhureeta has launched her Digital Channel, ma films, along with Culture Machine to create a space for films that address an issue. Each of these films will be surrounded by a campaign to help to bring to light the issue being addressed by the films. The Channel launched on the 27th of July 2016.
She is also launching an app called “Phree” for the safety of women.
Madhureeta has a column “The Big M” on India Today’s website DailyO.
Madhureeta has twice been awarded the Karamveer award for her work that combines filmmaking with activism.

Madhureeeta Anand’s third feature film tentatively titled “O Mere Piya” is an unconventional love story and is slated to go on the floors in September 2019.
Her fourth feature film titled “Decorate The Earth” is an English language co-production between India and the United States is slated to go on the floors at the end of the year. Madhureeta Anand’s second feature film is titled “Kajarya”, had a successful theatrical release in India on the 4th of December 2015. premiered at The Dubai International Film Festival. The Film’s Swiss Premier took place in Geneva at The International Human Rights Film Festival where Kajarya is one of the 8 films in competition. The film was also selected to The Montreal World Film Festival and Eless Tournet Brussels where it is the opening film of t he festival. Kajarya was also chosen as one of the top five films to see in 2014 by Forbes India Magazine. Kajarya won the best foreign film award at The Silk Route Film Festival and China. The film has an all‐new star cast of trained actors and explores the issue of female feoticide and related women’s issues.
Madhureeta founded and is the festival director of the only Digital Film Festival in the country; the 0110 Digital Film Festival. The festival, started as collaboration with the British Council, Fame Cinemas and PVR Pictures, has well known filmmakers and actors on its jury.
She has written, directed and executive produced with PVR Pictures, her first full‐length commercial feature film ‘Mere Khwabon Mein Jo Aaye’, starring Randeep Hooda, Arbaaz Khan and Raima Sen, which released on February 6, 2009. In 2007, she directed, produced and wrote ‘Laying Janaki to Rest’, a documentary film on Sita the Goddess; ‘The Magic Tent’, which she co‐wrote and produced.
In 2006, she was awarded the Silver Conch at the Mumbai International Film Festival, for her film ‘Walking on a Moonbeam’. Her documentary ‘Education – A reality or a myth’ was nominated at the Zanzibar International Film Festival in 2002. Her film titled ‘Sin’ was nominated in the Short Film section at The Damah Film Festival at Seattle (USA) in October 2002. Furthermore, she was the only woman camera director on a crew of directors on Channel 4(UK)’s award winning series ‘The Greatest Show on Earth – The Kumbh Mela’ (2001). She has also won the Royal Television Society Craft Award for it. In 2001, Madhureeta produced and directed a thirty‐minute documentary feature on the Kumbh Mela‐ ‘In Search of Salvation’ for the German Telecast Footprint (Austria/Switzerland/Germany). The Damah Film Festival at Seattle (USA) invited this film on October 11, 2001, where it fetched her award for Excellence in Film Making. It was also nominated at the Commonwealth Film Festival (Manchester, U.K. June 30, 2002).
Further Details of her work are available on www.ekaafilms.com, HYPERLINK " www.0110idff.com and HYPERLINK http://en.wikipedia.org/wiki/Madhureeta_Anand 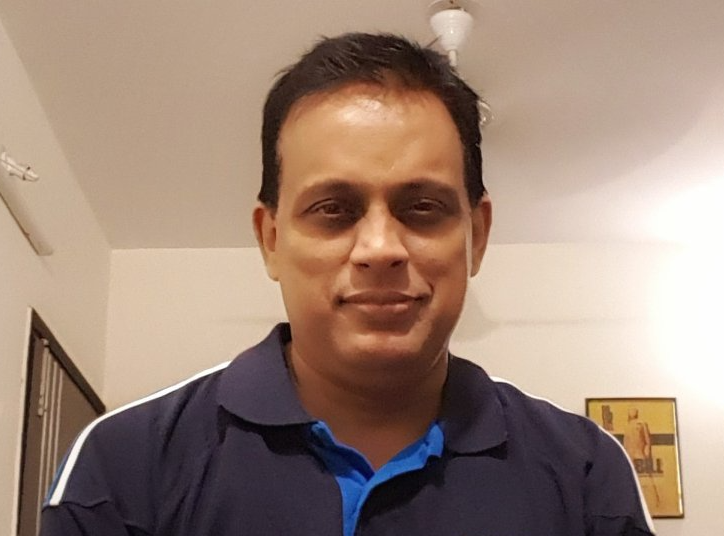 Ashoka is a twin post graduate in Mass communications, Ashoka has more than 24 years of experience in the media and filmed entertainment business. Having worked in marketing and sales at The Times of India and Eastman Kodak, he set up and managed the project acquisition and international movie business of UTV.

He was responsible for the distribution and monetization of successful films like Bluffmaster, Rang De Basanti, Don, Khosla Ka Ghosla and Swades, to name only a few. He additionally led Studio18’s foray into the international markets, following which he joined PVR Pictures as Chief Operating Officer.

Pradeep Bakshi, our Advisor and Partner, Managing Partner at Trantor. He works tirelessly to enable companies to build centres of excellence to improve processes and to reduce cost. 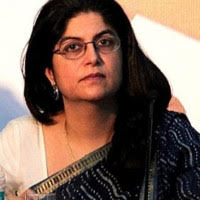 Shireen has two decades of experience in social development and, in particular, child development and child rights in India, the UK, and globally. Also and expert in strategy, programme management, advocacy, campaigns, and media she built the Advocacy, Campaigns, and Communication function for Save the Children India; and the Policy and Advocacy capabilities for the Tata Trusts. She also has the strong ability to build strong networks amongst diverse stakeholders - including government, donors, civil society, private sector, and media. She is currently the Safety Policy Manager – South Asia at Facebook 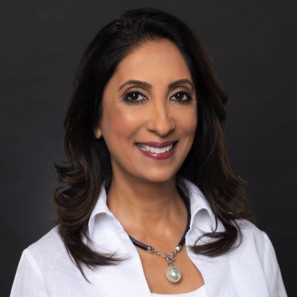 Introducing our Advisor, Rohini Tolani Sadarangani, an innovative and consensus-building Corporate Strategy Senior Executive. She drives business transformation and operational excellence, and unleashes the true potential of every team. Her methodologies and techniques drive market share and grow revenue. She is equipped with a strong track record and deep functional expertise.

Tejpreet Chopra, President and CEO of Bharat Light & Power. He has a demonstrated history of working in the renewables and environment industry and is a strong business development professional. His last assignment up to year 2009 was of President & CEO of General Electric in India, Sri Lanka and Bangladesh and was responsible for GE’s growth strategies in these countries. Mr. Chopra is a graduate with Economics (Hons.) from St. Stephen’s College in Delhi and MBA from Cornell University.

Ujwal Thakar, who has served as the CEO at Pratham India Education Initiative, India’s largest NGO in the elementary education space. He used his expertise in raising and managing funds, and in strategising and project execution. He has also served as the CEO of GiveIndia, a pioneering platform for philanthropic exchange.

Sehjo Singh, an International Handloom Specialist at the International Trade Centre. She has served as the Director of Programmes and Policy at Action Aid India for six years. She has also served as the Executive Director of National Centre for Advocacy Studies, and has further worked as an award-winning independent filmmaker. She currently works on a project of setting up small scalable enterprises in the handloom and allied sectors in Ethiopia. 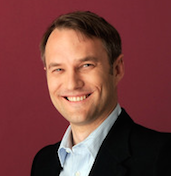 Justin Szlasa, is a Tech Entrepreneur based in Los Angeles. He is a hands-on start-up executive with 20+ years of experience in technology, production, marketing, and media.

He bootstrapped his first company, a web marketing and development agency, from zero to 11M in annual revenue and sold to our team, process, and technology to Thomson Reuters. After that he went back to NYU to study film and has made documentaries, commercials, branded content, short films and built two startups at the intersection of media and technology. Along the way he has been part of a company that aims to revolutionize energy storage while making our planet greener.

Don’t Hesitate To Contact Us For Any Kind Of Information !

Call us for immediate support this number

Email Us your suggestions :